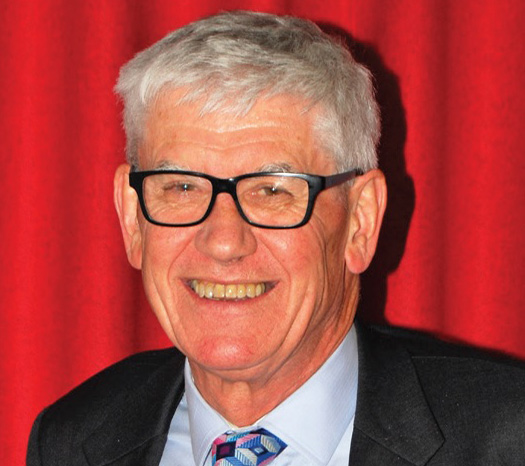 Alger Hiss was convicted of perjury on 21 January 1950 for having denied passing secrets to the Russians in the 1930s. Three weeks later, Senator Joe McCarthy announced that he had a list of 205 members of the Communist Party who still worked in the State Department. Hiss was a former high-ranking State Department official who was at Yalta and who organised the conferences that set up the United Nations. To staunch anti-communists, he was the prime example of a high-level Communist conspiracy in the American establishment. They believed that Hiss and his friends had given Eastern Europe away to the Russians and had inflicted a socialistic New Deal on the American people. For many liberals, Hiss’s conviction was part of an irrational right-wing conspiracy exemplified by McCarthyism to discredit the New Deal and destroy civil liberties. In recent years, the decrypted Venona files and Soviet records have convinced intelligence historians that Hiss, who always maintained he was innocent, was in fact a Soviet agent. Tony Badger was a friend of Hiss for twenty-five years. He got to know Hiss because of Hiss’s role in drafting the contract with the tobacco growers for the New Deal in 1933. He and his wife spent part of their honeymoon at Hiss’s house in Long Island and his New York apartment and visited in London, Newcastle and New York right up to Hiss’s death in 1996. In this lecture, Tony reflects on that friendship and attempts to weigh up the evidence for Hiss’s innocence or guilt.
Friday– 9.30

Jonathan Phillips
The life and legend of the Sultan Saladin
Royal Holloway, University of London
In the autumn of 1187 the Sultan Saladin etched his name in history when he regained the holy city of Jerusalem for Islam from the crusaders. This talk traces his emergence as the rising star of an ambitious Kurdish clan who came to power through military skill and, in his case, considerable charm, piety and good fortune. Saladin and his followers drew together the Muslim Near East to take the jihad to the Christians. After the capture of Jerusalem the sultan faced a huge crusading expedition led by Richard the Lionheart, but in this epic struggle he held on to the holy city. Making considerable use of contemporary poetry and medical texts, we will explore the sultan’s charismatic leadership, but also show him as fallible and prone to long periods of ill-health. Since his death Saladin’s exploits have attracted admiration and attention in the Muslim world and in the West. This talk reveals how a man initially branded as ‘the son of Satan’ became so esteemed in Europe and, through extensive new research, we will follow how his character and achievements have acted as a role model for generations across the Near East down to the present day.
Friday – 18.00

Saturday morning's keynote is to be announced - watch this space!

The Western magical tradition
Ronald Hutton
University of Bristol
In modern times, occultists have spoken of a specifically western tradition of ceremonial magic, which has been continuously handed down through the millennia, in secret, from an original starting point in ancient Egypt. Although professional historians have become increasingly interested in the history of magic in general, there has not yet been any general survey to test this proposition. This talk is designed to provide one.

Ronald Hutton is Professor of History at the University of Bristol (August 1996 to date). Prior to this he was a Fellow of Magdalen College, Oxford, before serving as Lecturer and then Reader in History at Bristol (1981–96). He is also the historian and prehistorian on the Board of Trustees that runs English Heritage, and chair of the Blue Plaques Panel. Since the 1980s he has been involved in the writing and presentation of documentaries for various television channels. He is a Fellow of the Royal Historical Society, the Society of Antiquaries, the Learned Society of Wales and the British Academy. His many published works include The Stations of the Sun: a history of the ritual year in Britain (1996); The Triumph of the Moon: a history of modern pagan witchcraft (1999); Blood and Mistletoe: the history of the Druids in Britain (2009); and Pagan Britain (2013).
Saturday – 13.45

Effective history curriculum planning at Key Stages 2 and 3
Christine Counsell
Editor, Teaching History
What are the features of the finest history curricula at Key Stages 2 and 3? What are the signs that a history curriculum is strong in scope, rigour, coherence and sequencing?  And when Ofsted refer to the ‘curriculum as the progression model’, what do they mean? Christine Counsell will set out some principles for shaping a curriculum that is scholarly, that is responsive to all kinds of diversity in the past and that enables all pupils to make progress.  She will illustrate with practical examples of strong and weak curriculum practice, including with common pitfalls to avoid and which published works by history teachers to go to for renewed inspiration.
Saturday – 13.45